Do you remember our previous post featuring 15 material logos?

Here is some more food to assist your creativity. We have collected a selection of diverse icons and logos created in material design style. Most of them belong to various apps from Google Play (just because Google’s design invention spreads faster in its own community), but there are also some design pieces from other sources. As a result the trend has quickly become popular.

It is believed that the material design trend is strictly standardized and does not allow for deviations from the canon. But below we can see some beautiful examples of hybrid styles.

Now let’s take a look at what we have found for you: 10 stylish examples of material logos plus some similar logo designs as a bonus. 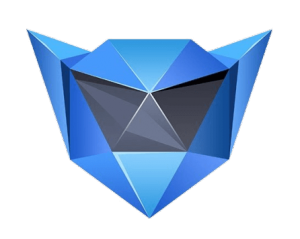 The first logo on our list is a combination of material design and skeuomorphism. It is a brand logo of Monstroid – a multipurpose WordPress theme by TemplateMonster. TM’s classic flat mascot has been reconceived and turned into a futuristic robotic head – to show the product’s progressive nature, while adhering to the company’s general design. 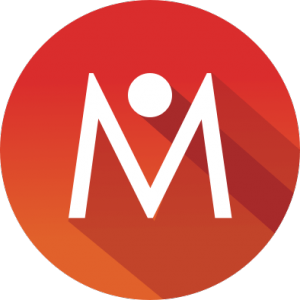 You may have read about Ionic Material in one of our previous posts. This extension library for Ionic Framework is a tool for redesigning your apps in the material way, and its logo is, of course, an example of material design. “M” stands for “Material” and the circle pays homage to the original Ionic Framework logo. In all other respects its look is pretty common for flat icons such as “capital letter” avatars in Google accounts. 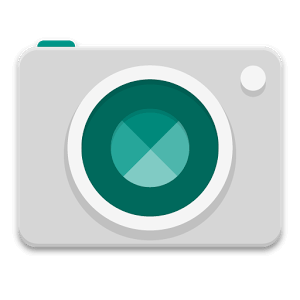 Its shape is very similar to the Google Camera logo, so we can definitely tell where Motorola designers found their inspiration. It is based on different shades of green, accompanied by neutral white and grey colors. Narrow, almost invisible, shadows complete the picture, creating a slight 3D-effect. 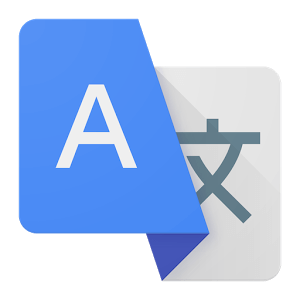 We could not ignore the founder of the material design trend. Some of Google’s material app icons have been featured in the previous logo roundup on the Material Design Blog. Today we decided to take a closer look at the “Google Translate” icon. If you are one of our regular readers, you know why material design never bends or folds. The logo above perfectly illustrates this rule. 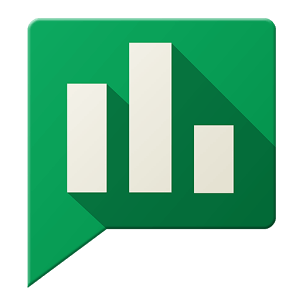 The Google Opinion Rewards logo is another example of a few simple shapes coming together to make a picture that attracts the potential audience and communicates something about the brand. If there is power in simplicity, then Google has reached perfection in this. This logo can be used (and is used) as an icon due to its unmatched ability to scale. Even with the size of 16X16 all of its elements are clearly visible. 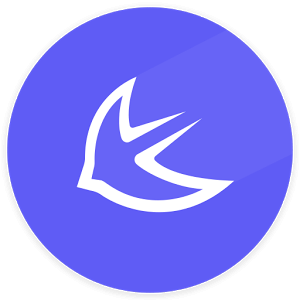 This icon strongly resembles the Apple Swift logo, doesn’t it? A distinguishing feature of material design, an infinite shadow, added to a stylized image of a bird, became a personification of speed – a smart move for an app that was created to make things faster. 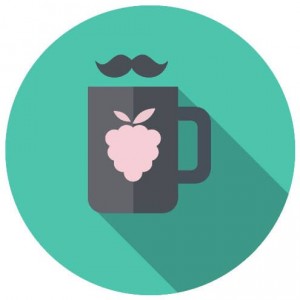 This logo belongs to the Belarusian satirical social media project “Tea with Raspberry Jam” (“Чай з малинавым варэннем”). The logo itself is very consistent – each of its details has a hidden meaning. And the choice of design is not accidental – it has been made material to mimic and parody the very material design trend, which is now becoming fairly mainstream. 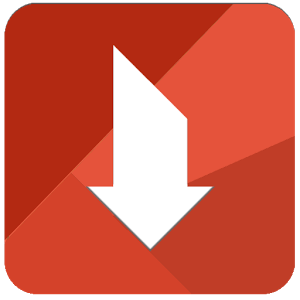 This icon utilizes the conventional symbol for downloading – a downwards arrow, mixing it with a material background. The logo plays with oblique lines and shades of red, creating the illusion of superimposed paper sheets. Another web design trend of 2015 employing a monochromatic color scheme. 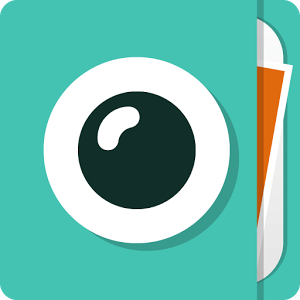 Cymera’s logo is one of those inspired by Instagram. It embodies the symbiosis of the camera and the envelope with the photos. Skillfully added shadows make it a great example of a material logo. This shape quickly became popular among photo apps, so you may compare other app logos with a similar design: Pixlr, Retrica, Photo Editor by Aviary and Candy Camera for Selfie. 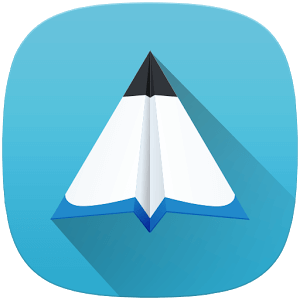 PEN.UP’s new logo is another successful attempt to “materialize” an old skeuomorphic logo to make it look trendy. The main element of its logo – a paper plane – was initially a part of the old logo. As paper is a prime inspirer of the trend, it migrated to the new design as is; the changes were made only to the background.

Some of the material design logos from the list are really simple and minimalist, while the others include some elements of skeuomorphism. It’s up to you what your next design will look like: material is a relatively new trend, and is constantly developing. You can contribute to this development by implementing your own brilliant ideas.

Stay creative and don’t forget to leave your comments.

Nick Campbell, the author of this article, is fond of writing posts on various subjects, particularly web design, e-commerce, social media, marketing, business, and education. He has been involved in the content creation sphere for more than two years. Nick is primarily focused on covering modern trends in a specific industry to help his readers keep abreast of the latest news. If you don’t want to miss any brand new developments in the aforementioned topics, follow Nick Campbell on Google+!

One response on “10 Material Design Logos to Inspire You”