A number of Android apps have already been updated with Material Design makeovers that help them to better fit in with Google’s Android 5.0 update. One major app hasn’t yet updated to Material Design, but it looks like a partial Material-ization is in the works.

Facebook appears to be testing a slightly updated version of their app with a handful of users. Updated Facebook app for Android includes a couple of small Material Design UI tweaks. For instance, the post button is no longer included on a blue bar located at the bottom of the screen, instead it shows up as a floating button on the bottom right. Clicking this will bring up a few choices such as posting a picture or adding your location.
The Facebook app for Android is currently being tested with some Material Design tweaks.As already mentioned before, the big change here is that the bottom bar that houses the Status, Photo, and Check In button in the current app has been replaced by a floating, circular button in the lower-right corner : 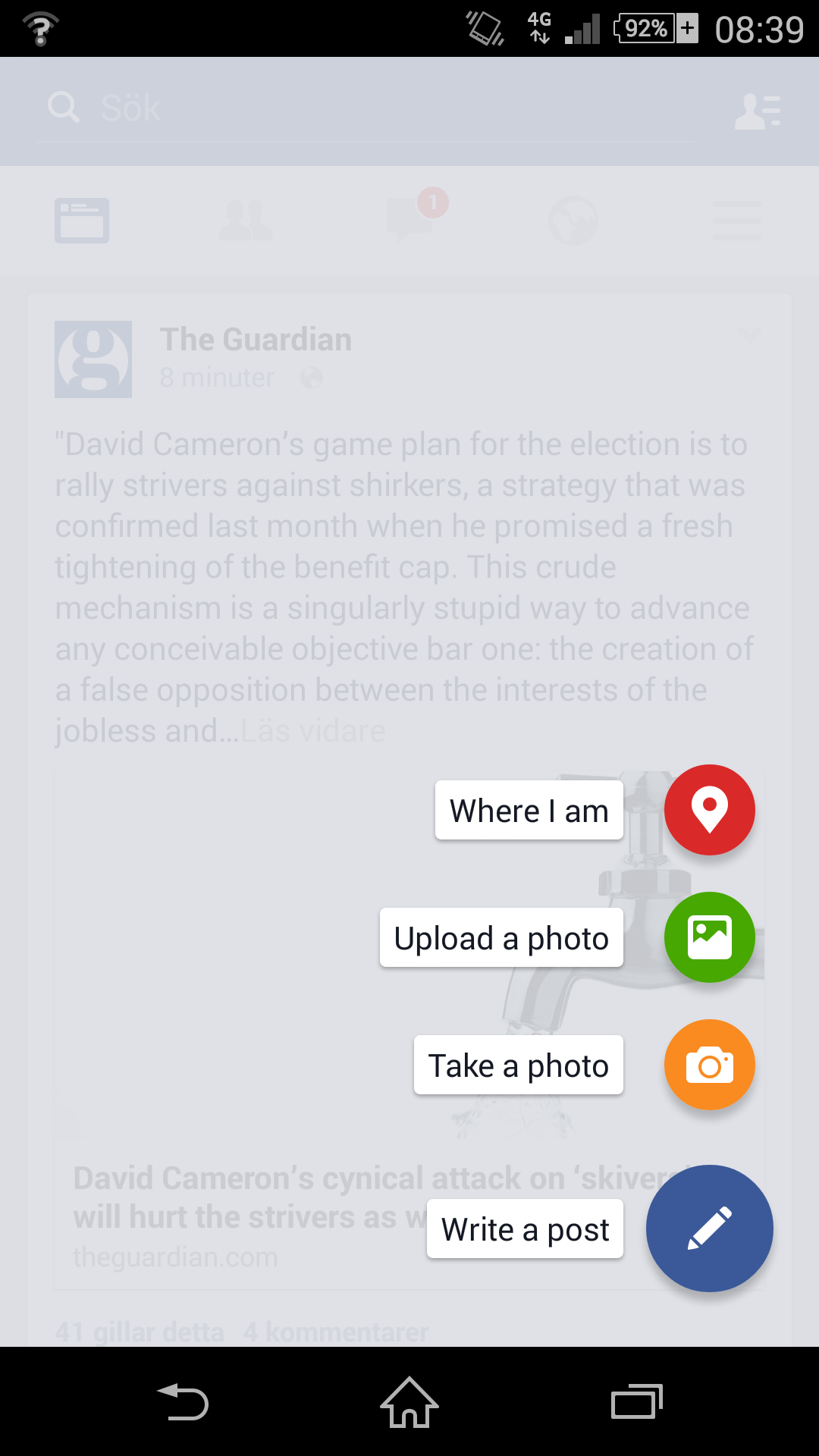 Android Police first reported on the changes, and as tends to be the case with Facebook, only some users are seeing the change so far. I noticed Material Design’s Floating action button on the bottom right corner of the app without needing an update, but a coworker had no such change. 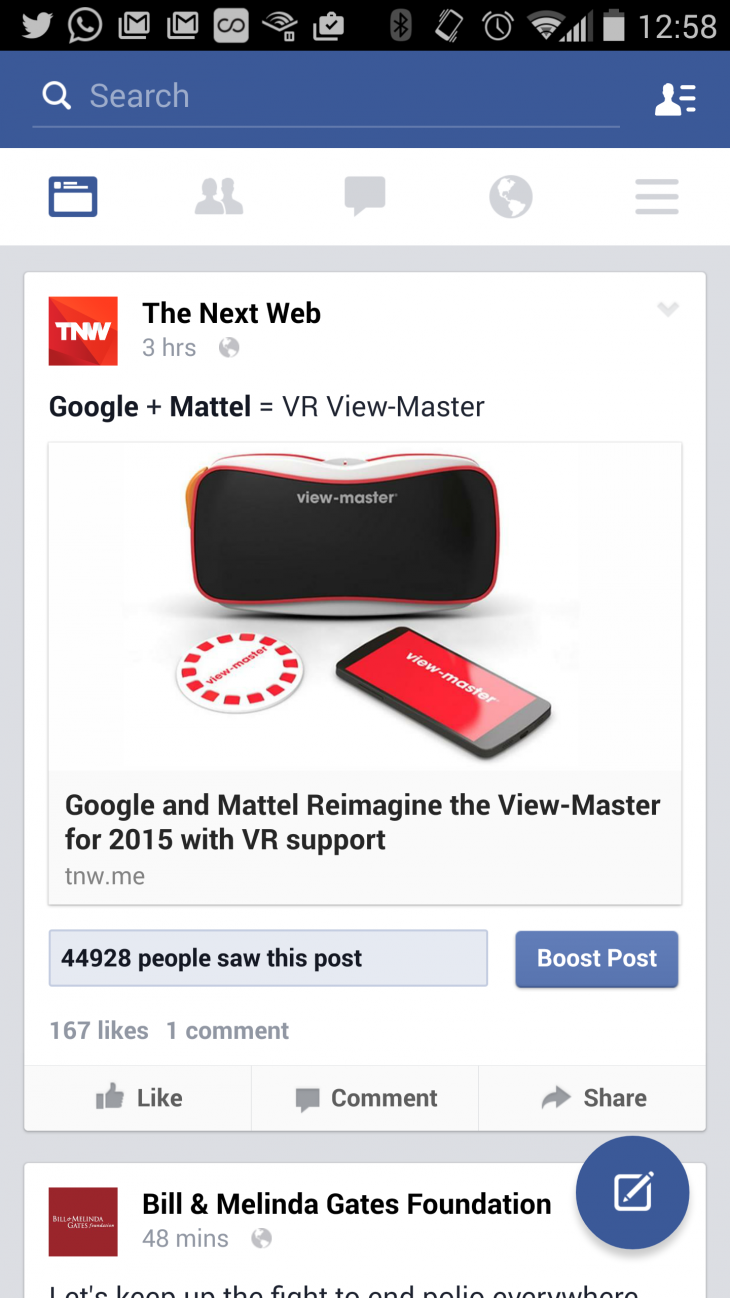