Google produced a showcase of apps that they believed showcases material design as it applies to user experience. 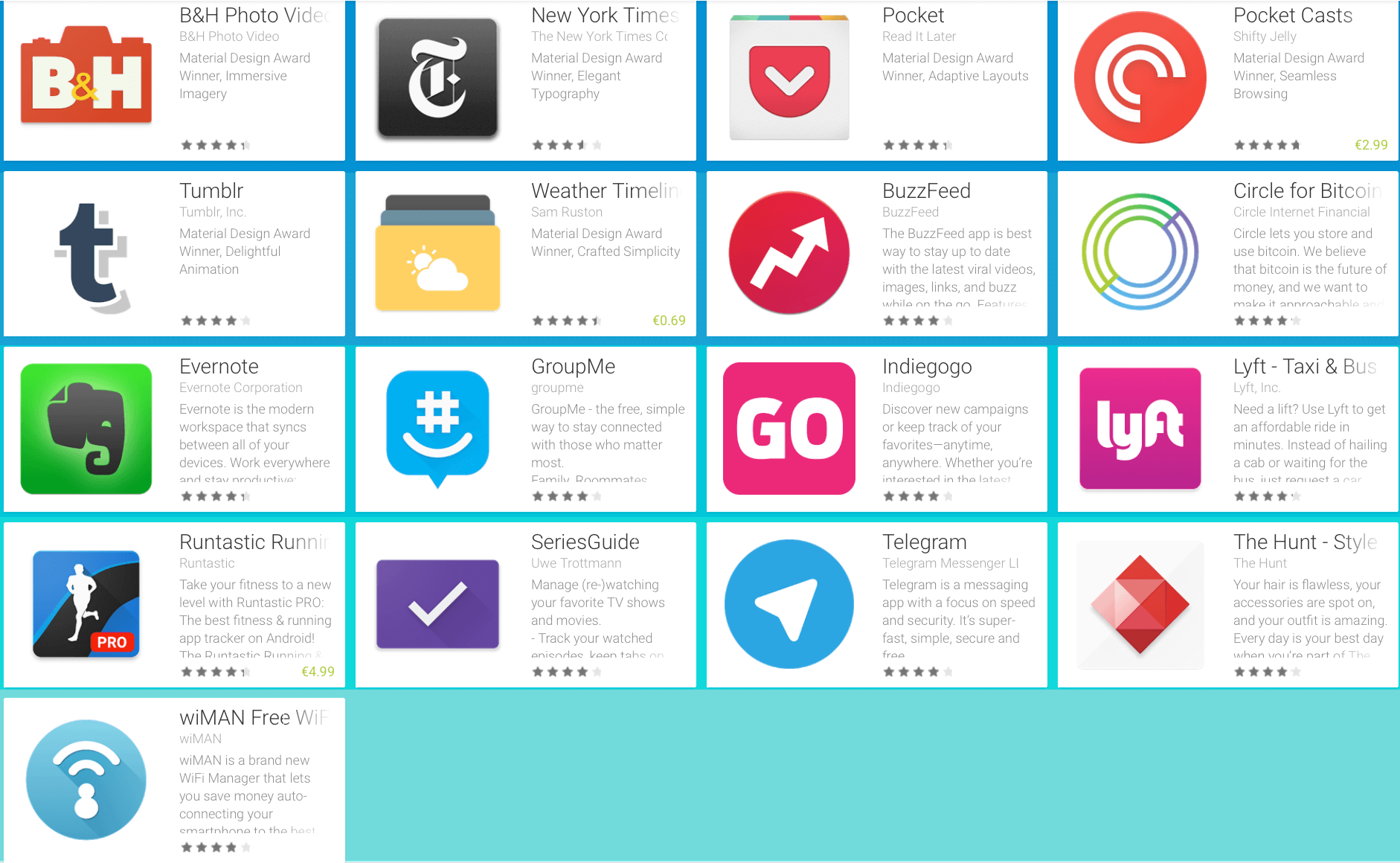 Each of the winners showed excellence in using material design in regards to a specific area or aspect that they exhibited outstanding characteristics, such as: imagery, typography, layouts, browsing, animation, or simplicity. The material design award winners were as follows:

Are they really the best?

The awards in and of themselves did not make or break these apps. Tumblr was already a rising star of the Internet, the New York Times is the New York Times, and Pocket fits a niche market and will continue to grow.

Weather Timeline and B&H Photo Video may see an uptick from this but in general this was Google’s way of showing others how its done and acknowledging those who jumped on this powerful trend. A careful look at these apps shows a group of industry leaders who understand that material design isn’t a flash in the pan design trend, but one that will amalgamate what works into one style with room to grow. 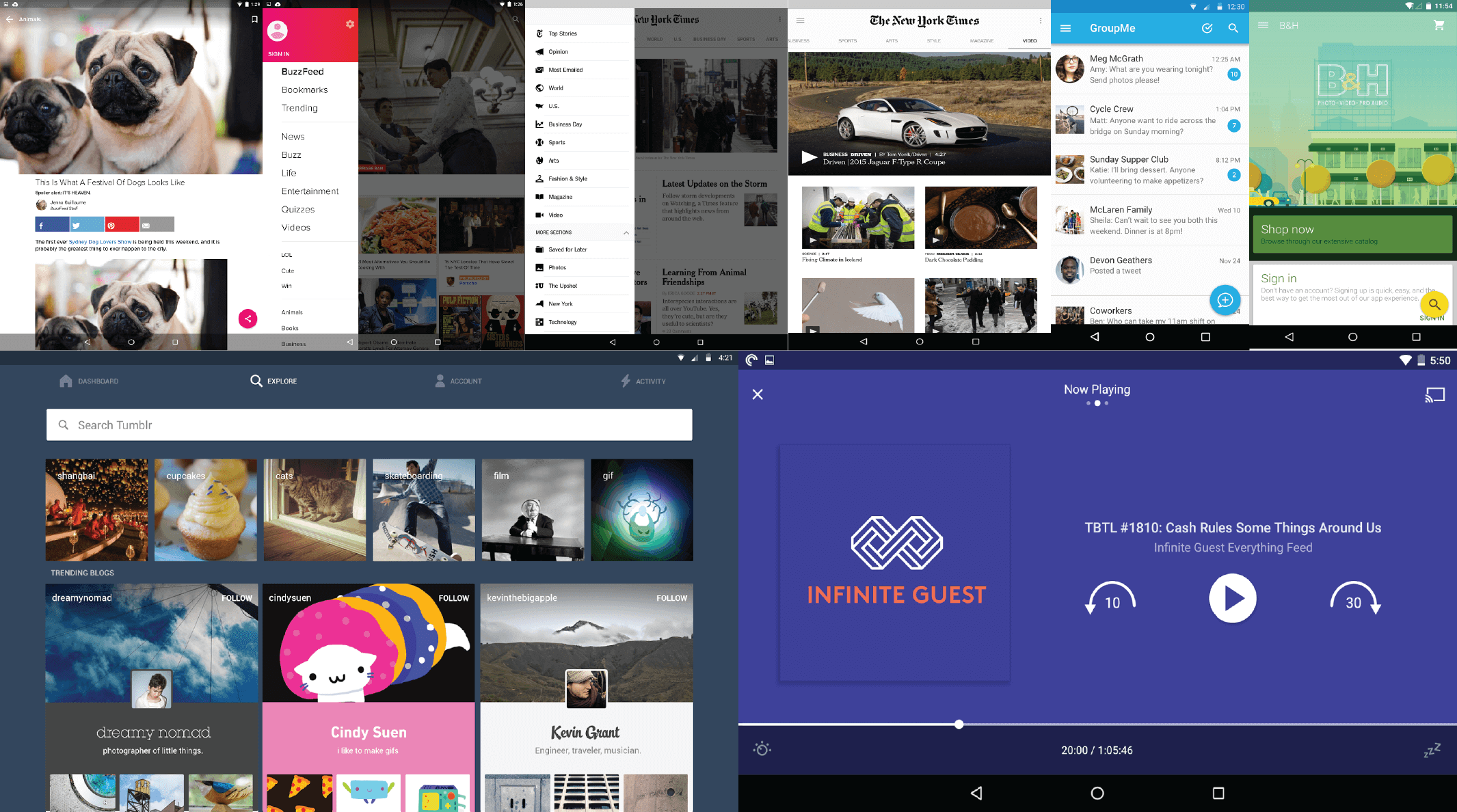 Users can expect clean designs, ease of use, nothing busy or an accessory, just simplicity in form and function. Reducing applications to functionality with shared user experiences works. When users experience a style that works, is consistent, and easy to use on any device they will continue to download and purchase other apps with that same look and feel. Companies that buy in to the material design are solidifying their future in the industry. While it is true that Tumblr was already a popular social media tool on any device, without changing its look and feel to meet the Android world it could have easily lost ground to Vine, Instagram, or even SnapChat.

Without being a conspiracy theorist, it really does seem like Google looked at Android and Apple’s iOS and made a decision about the direction technology would go by leading instead of following.